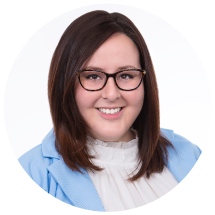 Chelsea Boucher was born and raised in Edmonton, Alberta. She has always had a passion for helping those in need and prides herself on her ability to remain calm under pressure.

Chelsea obtained a Bachelor of Arts in Political Science with a Native Studies minor from the University of Alberta in 2013. From 2013 to 2017, she worked at the University of Alberta as the Aboriginal Recruitment Coordinator in the Office of the Registrar, working closely with Indigenous communities and learners in Alberta, British Columbia, the Yukon, and the Northwest Territories, advocating for Indigenous learners and their right to higher education.

Chelsea was admitted into law school in 2017 and began her law school journey by completing the Program of Legal Studies for Native People (PLSNP) at the University of Saskatchewan. Following the completion of PLSNP, Chelsea moved to Victoria, British Columbia, to commence her law degree in fall 2017.

Chelsea completed her law degree in 2020. While in law school, she was an active member of the school community by volunteering her time as a student representative on numerous councils and committees and volunteered as a Law Buddy, mentoring first-year law students. In addition to volunteering, Chelsea found a passion for mooting and participated in the Kawaskimhon National Aboriginal Moot in March 2020.

Following law school, Chelsea returned to Edmonton and completed her articling term with the Edmonton Community Legal Centre. During her articles, she had numerous appearances in the Provincial Court and the Court of Queen’s Bench and has obtained favourable results in Regular and Special Chambers relating to divorce matters, child support, spousal support, and various other issues in family law. On November 30, 2021, Chelsea was called to the bar with the Law Society of Alberta and went on to join Long Family Law Group LLP in January 2022.

Chelsea is currently on the Legal Aid Roster and volunteers with the Edmonton Community Legal Centre. She hopes to become a Registered Collaborative Family Lawyer in the future. When Chelsea is not working, she enjoys reading, crafting, spending time with friends and family, and taking her dog Wyatt for walks in the River Valley.