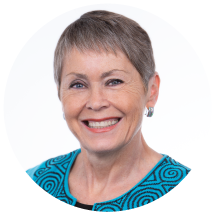 But Linda is more than just a lawyer. She is a woman to whom people instinctively turn for help in resolving some of life’s toughest problems. Her vocation for over 30 years has been family law, but her interests reach far beyond her legal practice to the larger Canadian community. As a granddaughter of Alberta homesteaders, Linda has inherited a keen interest in building a strong Canadian multicultural society.

Linda has been recognized by the legal profession and the Lieutenant Governor of the Province of Alberta with a Queen’s Counsel appointment for her many contributions to the Canadian community over her long career. She is committed to the principles of equal access to justice for all and is interested in enhancing equality of opportunity for people in many walks of life in Canada.

In 2017 Linda, (with several colleagues)  was honoured by the Alberta Family Mediation Society with the John Haynes Memorial Award for her significant contributions to the field of mediation in Alberta.

Linda is proud to have served in the Canadian Forces for over a decade before completing studies for her legal career. After graduation from law school she began to focus on family law, however she continued to advocate for equality of opportunity for military members. As a result, she was appointed in 1990 by Canada’s Minister of National Defence to the Minister’s Advisory Board on Women in the Canadian Forces where she served for three years advising the Minister on gender integration policy development. Those efforts helped to lay a foundation for young men and women of Canada today to serve their country equally and without discrimination.

Linda has also spearheaded two refugee sponsorships to Canada, the first of a family of eight Cambodian refugees who had languished in a refugee camp in Thailand for eleven years after the Vietnam War, and the second of a Rwandan man who had escaped the genocide which had claimed his remaining family members.

Linda has helped foreign workers with employment abuse problems without charge; been a mentor and informal foster parent for a severely mentally ill man for over 20 years – and provided emergency housing in her own home to an immigrant who had become homeless during severe winter conditions when no one else would help and he was residing in a warehouse. She and her husband of 40 years have proudly raised their three adopted aboriginal sons to adulthood and enjoy time with their many grandchildren.

Linda received two citations from the Canadian Red Cross Society for her exceptional contributions to the “Black Friday” Edmonton Tornado Relief Effort between 1987 and 1993.

She is Past-Chair of the Association of Collaborative Professionals (Edmonton).   In 2017 Linda was elected to the Board of Governors of the Law Society of Alberta as a Bencher where she is supporting initiatives to increase the use of Alternate Dispute Resolution within the Law Society.

Over the years, Linda has received an eagle feather from a Cree elder, Grandma Grizzly, an eagle blanket, a star blanket, an honour dance and a drum from the Red Road Healing Society in Edmonton.

Linda also loves bringing her whippet teammate, Risk, to work with her most days.